June 16, 1955, Moscow, Russia – Legends of the U.S. weightlifting are lined up during the introduction at the USA vs. USSR Olympic weightlifting match in the Green Theater in Moscow (left to right):

It was a historic event on many grounds. In fact, it was the first EVER visit of American sports team to Russia and it was a huge event back then. The matches were a part of a good will tour of Team USA Weightlifting to Russia and Middle East in 1955 organized by the AAU and U.S. State department.

The matches in Russia were held in Moscow and Leningrad in June 1955. Bob Hoffman of York Barbell brought one of the classiest American weightlifting team to the Soviet Union.

The tournament was held during the Cold War and the U.S. athletes won the hearts of the Soviet public. The Soviet weightlifters and fans looked at the Americans with interest and, on many occasions, with pure admiration.

What role did Mr Terpak play in the fraternity of this close nit bunch, I get the impression the endemic power of politics,not the general sort either, which pervades sports was used by him in an undesirable way which was to the detriment of certain lifters who are under the thumb by those who are affiliated with officialdom having the perks to make choices to suit dare purposes?

To begin with, John Terpak was an elite weightlifter, 2x Olympian and 2x World champion. He worked for Bob Hoffman and made his way up from an entry level at the York Barbell to become Hoffman’s right hand, the CEO of the enterprise. That’s just in a nutshell. Of course, people making financial decisions are quiet often making not a very popular ones. At least, that’s the way I see it in the case of Terpak.

Terpak was all about lifting and the “Barbell”. He did have to deal with some politics at the barbell and some people there that had some power, but he put the barbell and lifting first. He was always kind to me and my family, Smitty, and the other lifters I knew. 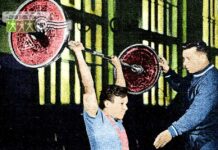 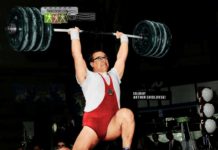 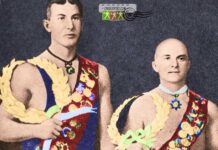