My training plan, which I adhered to for four years.

During this time, I moved from 67.5 to 75.0 kg and raised 120 + 162.5. Before the competition and when I was sick the load changed. But in general, it remained for all this time the basis for training. On Monday, Wednesday and Friday, I often trained twice a day. Training divided into two.

On Monday, Wednesday and Friday, I often trained twice a day. I divided the training into two.!!!

mepat1111
Well, he had a 355kg weightlifting total, and a and a 712kg powerlifting total at 82kgs BW. This was in a period after steroids became available, but before testing was introduced. I’d say it’s pretty safe to bet he had some pretty sweet supplements. These days he’s actually a big drug-free campaigner in sports though,

I’m not sure you’re really in a position to be telling one of the greatest weightlifters of his era what they could or couldn’t do in training though.

mepat1111
Oh not suggesting it was. I was just saying that obviously the programs he was doing were working for him, because he was an elite athlete.

Bydand Mathias
He explained this in the last thread he wrote about his training program, but the front squat percentage is out of his MAX Clean. Not his max front squat. So 2 x 6 @ 90% is much more doable, and frankly reasonable IMHO.

24 hourbull
I think that those percentages for the front squats, back squats and pulls would all be based on the max clean (for both squats and clean pulls) and the max snatch for the snatch pulls. The 110% pulls wouldn’t make sense otherwise.

mepat1111
«Anyway, I do not believe many olympic weightlifting coaches would sign off on a program that worked almost entirely in the 80-85 range for 3-6 sets of 2-3. Four years straight.»

You say that, but clearly the Soviet coaches in the 70s did sign off on this as he was a professional weightlifter in the USSR. I’m not saying it’s the ideal way to train, especially for today’s athletes, but this IS how they trained in the USSR in the 70s and they were quite successful. He’s posting this as an example of how he trained, not saying others should follow suit.

«Personally, I think he is a hypocrite for campaigning for anti-drug in sports, although I have specific view on steroids. There are negatives and positives of course but PEDs if used and not abused can make the sport so much safer. So much more fair.»

What, so anyone who changes their view on an issue is automatically a hypocrite? If he was still using PEDs or involved with PEDs in sports, sure, that’s hypocritical. But I’d say he’s probably better placed than almost anyone to campaign against drugs is sport as he’d have seen it first hand.

Separately, I’d note that he was part of the first generation after test and AAS became available, so I don’t think it’s fair to judge his actions in the 70s by today’s standards.

«the way it is written I do not doubt he did something like this, is unsustainable for long periods of time.»

So you’re saying that you accept he did this, but that it’s unsustainable for a long period? Except, here we have an example of someone sustaining the program for several years. Again, I’m not suggesting, and I’m sure neither would Georgy, that this is the ideal way to train. But this is how Soviet weightlifters trained in the early 70s, and many of them were able to sustain it (though generally with pharmaceutical help). This is a history lesson, not an argument about the best training methods.

You said it was unsustainable, but this is a matter of fact and of history — Georgy did sustain this program for the period of ’72-’74, and no doubt many other Soviet weightlifters sustained similar programs around that same time.

Zobach
Thank! You understood me correctly!

Can I copy your answers on the site? Thank you for the correct understanding of my post! I deviated from the plan only during illness or during the competition!

mepat1111
Of course, you’re more than welcome to use anything I’ve said. I’m flattered that you think my comments are worth reproducing on your site.

Let us know if you ever come to Australia, I’m sure you’d be more than welcome at our weightlifting club!

zobach
Many thanks! And thank you for the invitation! 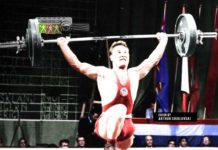 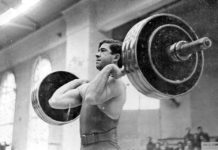 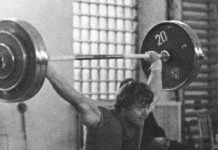