After the elimination of the press lift from Olympic weightlifting competitions in 1972, it became an “eternal” world record in the 67.5kg class. 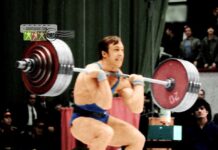 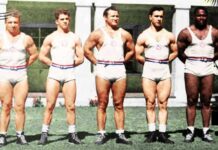 1951 U.S. Weightlifting Team at the I Pan American Games — results 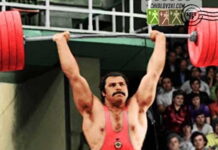