John Davis (1921-1984) was truly an all-time legend of Olympic weightlifting.

History doesn’t accept if-then clauses. However, by many accounts, Davis could have won a couple of more Olympics had they not been cancelled because of the World War II.

He won his first world title in 1938 and the second one in… 1946! His total count of major championships silverware included 6 gold medals at the Worlds and 2 golds at the Summer Olympics.

John Davis was born and grew up in the NYC area. In his childhood years he was good in gymnastics. After the end of a weightlifting career he worked for years as a correction officer at the famous Rikers Island jail facilities.

Besides weightlifting, Davis had two big passions in his life. It was jazz and opera. He actually was a very good opera aria performer but couldn’t pursue this career due to a chronic medical defect (hiccups). 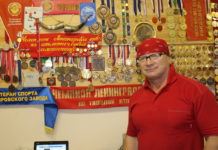 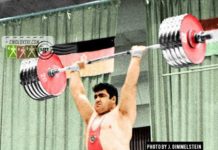 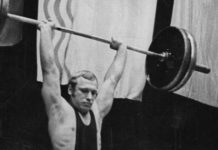